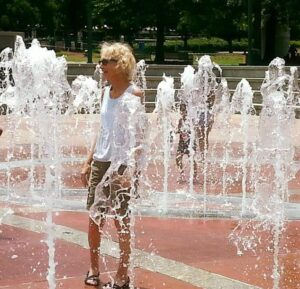 There is a memory I share sometimes. It meant a great deal to me. You can say it was one of those experiences that shook me into instant reality and showed me the many aspects of loyalty I lived.

The first time I met Dr. Francisco Coll was at the Eastern Canadian Conference Center in Pugwash, Nova Scotia, Canada. The staff and several leaders were prepping for his arrival. It seemed like God was coming. So much more attention to the environment and everything being perfect. I had no idea what to expect. I was just excited to meet the person who had said ‘yes’ to me, over the phone, to become a 1001 consultant.

Lots of folks were there to greet him. As the door opened, I was standing way back from those who knew him. When he entered I noticed his Greek cap and his pinkish cheeks. I broke up laughing. He walked up to me and said “you’ve been listening to these folks, haven’t you”. I said that I had been surprised at what they had been telling me about you. He shared a big smile and a little wink.

To this day, I recall what that meant to me. Never put someone on a pedestal where they have no room to grow. He helped me to see that my strength of giving others the space they need to grow was actually being loyal to myself. That is what I needed when I was very young. That is what I sought in my relationships with others. I still need that space NOW.

He continued, throughout my mentoring by him, to show me that even he was doing the same thing I was doing, everyone was doing. He showed me that personality has no room in spiritual growth and that there is no greater, no lessor, just refinement. He respected my need to enjoy being in business. He supported me unconditionally and showed me how to be a better me. This is the way of a wayshower. The ability to project that everything is truly alright is a great gift to share.

NOW is a beautiful place to live. Within the present there is true loyalty to self. There is consistent growth, uninterrupted by trivia, by any form of confusion that interferes with what I am here to do.