Feel – Think – Act.   Three simple words that have such an enormous effect on the way we move through life.

In previous articles we have looked at Excuses and Fears.    People often mistake Fear as a Feeling, however, like Excuses they are an Intellectual response, getting caught in the Think part of the Feel-Think-Act flow.

In this, Part 3 of the Healing and Inspiring Leaders series, I have spoken to leaders about getting caught up in the Intellect.

This is what was shared with me:

Firstly, to people that are caught in their intellect, things HAVE to make sense, they HAVE to be logical and if they don’t have a past experience of it then they are hesitant or reluctant to move forward.

People caught in their intellect are fairly judgmental eg picking on the colour of others clothes or the handkerchief someone has in their pocket.

It also isn’t the intellect that stops things, it is the emotion that clogs it up.   The role of the intellect is to organise what we feel into action.   When the intellect can’t gather the appropriate facts it sometimes take a while to get all the facts together.

Hesitancy sometimes occurs when the facts haven’t been discerned; there is a hesitancy to take action because the intellect doesn’t fully understand.

When emotions come into play, learnt reactions, such as fears, guilt, worry become part of the game.  It is in the emotional where ‘action’ gets gummed up.

Fear of going against the family traditions; that is, taking a different path than people think they should.

Fear of success; If I am successful there will be changes.

Fear of making a mistake is the biggest one; Fear of being a failure and fear of the unknown.

Most of the time when this hits, they are involved in areas of their life that they haven’t mastered other lifetimes.   When they are challenged with it this lifetime, uncertainty will be stimulated.

Avoidance – is another emotion.

If a particular fear gets triggered, it is because they don’t want to face up it or do anything about it.    There is a difference between emotions and feelings.

Emotions are a learnt reaction that can neutralizes us.  Feelings are facts; they are what we ‘act’ from, not react from.

It has been found that a person in ‘out-of-balance’ intellect, is harder to work with in program because they don’t get a feel for what is going on.   They are often going through the motions to get to the end of the program, not actually experiencing what is going on in the moment.

When promoting to people that are high in their intellect, it has been shared that the promotion needs to be logical to the benefits to that intellectual personality and the every day benefits needs to be shared as opposed to someone in their feeling type who mostly need mostly need to feel the excitement about the program.

It is essential for someone who are caught in their intellect to be regrouped regularly.   If they do not learn to do this for themselves, they’re intellectual will not understand the value of the experience they had.  Without the regrouping, they miss the experience entirely.

When working with a group of people caught in their intellect, it is important to move the energy as needed (slower, faster, gentle, stronger) to help bring them into the present, otherwise they get impatient to get to the end of the experience.

Because they are more judgmental than others, in is really important not to judge them … they are already judging themselves.   Thoughts of,  “Am I good enough,” can come in.

In business there is a lot of agonizing over changes i.e. new pricing = what is my time worth.  This can lead to ‘Lack of Involvement.’ 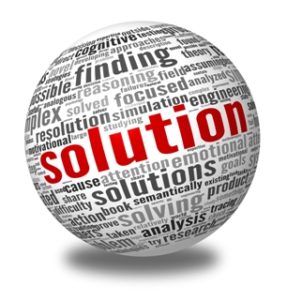 ‘Move’ the energy when dealing with people caught in their intellect

Constantly regroup people caught in their intellect and help them do it for themselves.

Use the phrase, “How can you make this practical in your daily life?”

Be, Firm but gentle while others around you are growing.

When a person that is highly in their intellect, do not make acknowledgment comments such as “that’s good or great or that’s fantastic” or similar.  Simply say something similar to “that is interesting” or “Whatever you get is what you get.”  This guides them to look inward.  People caught in their intellect look for feedback to make sure they are on track compared to anyone else.

It is good to give people caught in their intellect, physical opportunity.  This can seem trivial to them yet they frequently get transforming experiences out of it.  Remember however, never give direction toward something you wouldn’t be willing to do yourself.

Building up their inner-security with the therapy of 1003a and 1004 makes them feel stable.

We don’t change things until we get tired of having our feelings denied.  Any time a person is extreme in things like over eating or over drinking, they don’t have an incentive until they are about ready to die before they do.  Until there is an incentive to change, they don’t need to.  We don’t change ahead of time until the cost of changing becomes too great.  This is said simply as, “People change when there is a … Need.”

Sometimes the best way to overcome emotion is to be willing to take a leap of faith and just make a decision.   Most of the time the worst-case scenario seldom materializes.  It is better to do something wrong and learn from the opportunity, than do nothing and be neutralized.

People don’t want to go over the same thing with the same result but they don’t know how to do things differently.  4% of the population are trailblazers.   Trailblazers figure it out.  The other 96% need a blueprint.

Have a “To Do List” and/or “Project Board” – some method of keeping track.   A lot of people write things on a piece of paper and then try to keep track of it in their mind.   Getting off track or not getting things done can easily happen this way.   Writing it down doesn’t have to be grand, as long as it is down and out of the intellect.   As this becomes an inner-routine, it is then easer to ‘Pass-it-on’ and give opportunity.  Otherwise, you become a guru with people waiting for their answers from you.

Preparation is the key – don’t leave things to the last minute.  Keep track of the main events of the day and the timing.  Set aside time at the beginning of the day or preferably the night before to set the plan for the day.

Mindmaps are a great to the Visionary Part, to orientate yourself in what is happening.

Maintain your routines.   Cleansing and buffering daily is essential.  Have enthusiasm for the routines.
“I am going to feel much better when I do it”.  “It brings me back to my pivot point”.

Do Methods of Meditation (even a short version), daily.   It is a great way of tuning into the messages from the higher realm.

Being able to see the bigger picture is essential.  If it is something you are going to learn and grow from, it’s going to be alright.

A thank you for the contributions to this article from Roger Ringo, John Shortell, Louise Simmons and Tiger Coll.