The most important thing I have learned from my involvement in the Inner Peace Movement and the Americana Leadership College is my Spiritual Thrust and the reason for and the importance of, putting my thrust into everything I do.

My Spiritual Thrust is: I Believe in MySelf, My Wisdom and My Dreams.

There is a funny phenomenon that happens with Spiritual Growth. I could have a block or a negative concept that keeps me from feeling abundant or enjoying the moment. I could be completely unaware of it as a problem and consider my misfortune as “That’s Life” or “That’s just how it is.” When I receive a profile, or a course especially, one of Tiger Coll’s led regroupings, I heal and release that concept. I feel lighter and freer. And since it’s completely gone – I tend to think nothing has happened. I go on with my life feeling great. In reality, something has happened. I’ve become aware of and released a concept that wasn’t mine in the first place. So, all I do is feel normal. That’s like returning a neighbour’s hammer that I borrowed and was trying to use as a screwdriver. I release the anger of my neighbour loaning me the wrong tool, which is the tool I asked for. I release trying to do the impossible with tools that don’t fit the task. I released the wasting of time trying to do something that I wasn’t interested in the first place.

My new found freedom is simply I am more me.

I believe I laugh a lot more. Things that used to piss me off now seem either ridiculous or silly. I’m more discerning of what I’m feeling. No one ever taught me or told me my feelings are important. What could be worse for a person whose first gift is Feeling? Learning that the gift of Feeling is about feeling all feelings: good, bad and ugly, means I’m sensitive to a lot. Being a Feeler means I have to be more aware of my moment, and clarify what it is I am feeling. When it is not a good feeling, I need to discern where it is coming from. I need to discern what part of me attracted it. And I need to release it and not wallow, as Feelers sometimes do. 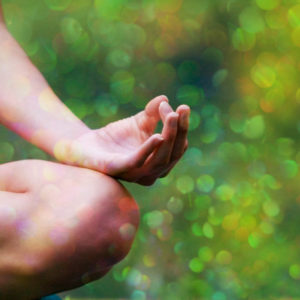 It’s been 44 years since I first heard the Orientation Lecture. As I think on it, I could look upon it as my spiritual birthday. That means I’m entering my cycle of material abundance, and it feels that way. I don’t worry about the cost of a venue or if no one comes, or one person comes. I see what is happening, that energy is building. I know if I keep acting in accordance with the policies and procedures of ALC/IPM/SSP I am successful, because that is what success is. It’s having a plan and following that plan. One other thing I’ve learned is the difference between being spiritual and religious. I was brought up in a religious family and I went to a religious school. For me the basic difference between religious and spiritual is religious is outer  authority, spiritual is inner authority. Religion wants to tell me how to live and what to do. Spiritual makes me decide what I want and how am I going to get it. Religion gives me promises of salvation. Spiritual is opportunities to learn and grow. Religion is tradition. Spiritual is involvement. Religion is trying. Spirituality is live and let live.

Neither one is better, they are just different. It all depends on your state of consciousness. Religion is a burden, a task, a penance, a martyrdom, a sacrifice.

Spirituality is freedom, walking on the beach, smelling flowers, watching birds fly, enjoying a cold beer or a lovely glass of wine. It’s enjoying every moment of being alive; appreciating and loving all of it.

Spirit tells me to live a breath at a time.